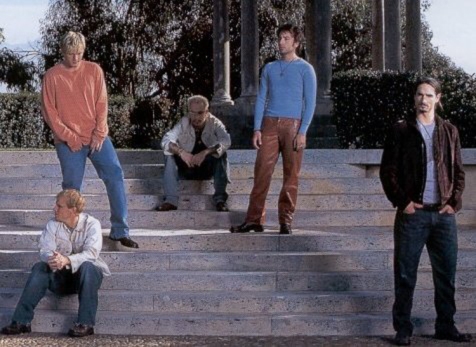 Today, October 16, 2018, the Backstreet Boys’ single, “Drowning,” turns 17 years old! Can you believe that we’ve had this amazing song for that long?

It was released in 2001 and was the only new single on the Backstreet Boys’ greatest hits album, “The Hits: Chapter One.” The song was written by Andreas Carlsson, Linda Thompson, and Rami.

Carlsson is one of the writer’s behind the boys’ signature song, “I Want It That Way.” He also co-wrote “Not For Me” and “It’s True” from their “Black & Blue” album.

Linda Thompson has written several songs, but the Backstreet Boys’ ballad is probably her best known hit. At the time she was married to mega-producer/songwriter David Foster. She’s also better known for being one of Elvis Presley’s last girlfriends before his death and being married to Bruce/Caitlyn Jenner.

Rami, who at the time as a part of the Cheiron Studios in Stockholm, also co-wrote “Shape of My Heart” and “Hit Me Baby One More Time” by Britney Spears.

The following are five of my favorite performances that the Backstreet Boys have done of “Drowning.” It’s probably in my top five favorite Backstreet Boys songs of all-time. It was really one of the first songs they released that had a semi-county feel.