Being a Backstreet Boys fan has been a big part of my life.

When I think of this its actually slightly overwhelming, especially when I think back to all the moments in my life which either involve them, or have them there in the background of my life, like a soundtrack.

I’d be lying if I said I remember the very first time I discovered them. Because I can’t remember. All I have is a ratty old journal entry in the late summer of 95’ that proves that I loved them. Although since I’ve moved house I can’t even find that anymore.

But yes, in 1995. I was a freshly heartbroken 10-year-old, mourning the loss of her beloved Take That. I have ruled off of boybands forever… or so I thought.

I do remember the first song of theirs I fell in love with, “Quit Playin’ Games”. I remember my mum bought me Smash Hits magazine every 2 weeks, and they started giving music tapes as free gifts. I recently found this tape in question, and it was that moment I owned my first tape with a Backstreet Boys song on it.

I didn’t own my first official BSB album or single until right before Backstreet’s Back came out. I literally saved all my pocket money to buy the Red album.

Growing from a tween to a teen the boys got me through alot of hard times. My Mum was sick, eventually, she was classed as disabled, and it meant that even though I was young, I was her caregiver. Listening to the boys, losing myself in their music was my way of forgetting that my Mum was sick, that I had to do everything to help look after her and my brother, as well as struggling to adapt at school. I won’t lie, it wasn’t easy, and it was only harder when the boys hit the big time, and suddenly all my friends were seeing them on tour, some even meeting them.

Growing up we didn’t really have the money to splash on concert tickets, albums, and singles. I was lucky my mum was able to buy me the teen magazines that fed my love for the boys.

That’s all I ever wanted, to see them live. It didn’t matter if I was at the back. I just wanted to be there.

Ironically, it wasn’t until the boys released “Incomplete” that I was able to see them live.  2005 was the year that changed my love for the boys.

They were booked to appear on Top of the Pops, a music TV show that we all watched religiously growing up. I remember going down to the studios with no ticket for the show. I didn’t really know anyone. In fact, the friends I made in the fandom at that point I’d only ever “met” online. Mainly on a forum called “Live Daily”, which most of you might have been on, or might know it from Nick’s linear notes in the “Never Gone” CD Booklet. Ask me nicely and I might give you my old username, lol!

I remember standing outside those studios all day, with my friends wondering how on earth I was going to see them live. I knew that this was my moment, my time to finally see them. Even my Mum told me she knew that would be the day that my dream would come true.

We resorted to asking up the queue of people waiting to go in to see if anyone had a spare ticket, and would you believe… someone had four. This meant that myself and my friends could go in.

One moment I’ll never forget is being stood in that studio, at the front, and seeing them walk out on stage. I might have been 20 years old at this point, but inside my teenage heart literally burst with excitement. I don’t think I even cheered for them. I was most likely standing there with the biggest heart eyes expression, lol.

They sang “Incomplete*, and I can’t remember if they did that more than once, but I do remember Nick leaning his hand forward for everyone to touch, and I tripped over the track for the TV camera. And I do remember a certain Carter literally gripping my hand. Fact. He saved me from falling on my face lol.

This day was also the first time I “met” them all inside that studio. I say met loosely, as it was so brief, but meant so much to me. Howie, Nick, Brian all gave my hand a squeeze as they walked passed me, AJ… now AJ was the first Backstreet Boy I spoke to. I think i muttered how much I adored him, and he hugged me. But it was Kevin that got to me.

He took hold of both of my hands (and believe me I was shaking) and thanked ME for coming out to see them. I was so stunned, I told him that that day had been something I’d always dreamed off, seeing them live. And he just smiled at me intently and told me that he was honored. I can still feel his thumbs rubbing my hands gently before he walked away.

Not ashamed to admit I cried completely overwhelmed after that meeting.

The next day I managed to meet them all in person, and that was literally the start of what has been the most amazing 14 years of my life

The following two weeks on that promo trip were moments that I never thought I’d ever get to experience. Seeing them sing live, sing acapella, speak with them, get pictures with them.

By the time they left the UK, I was so happy that I’d managed to accomplish all I had ever wanted.

Little did I know that was just the beginning. As you all know being fangirls, once is never, ever enough.

I decided that for the first time ever, I’m going to share my memories, pictures, and videos publically when the times come around… you know, anniversaries. I figured what use is having all these amazing pictures, videos and memories stored up when I can share them with fellow fangirls who appreciate the boys as much as we do.

Thoughts: I’ve been a @BackstreetBoys fan for more than half my life 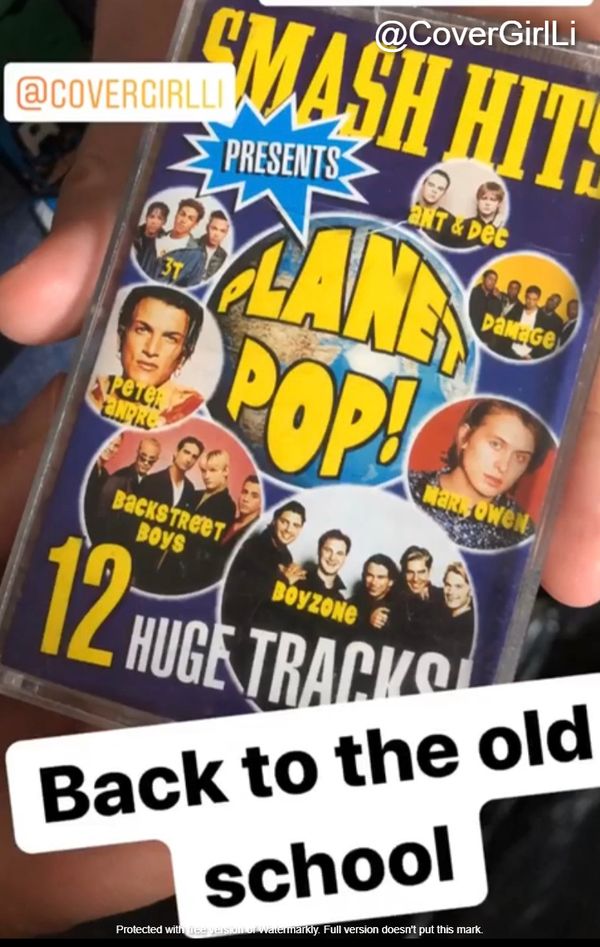 Comments Off on Thoughts: I’ve been a @BackstreetBoys fan for more than half my life

« Thoughts: Getting ready for a @BackstreetBoys show is stressful, but well worth it

Things @BackstreetBoys Should Accomplish in the Next Decade »