Back in 2010, Backstreet Boys and New Kids on the Block fans felt one of three ways:

The tour was something completely different than what I thought it would be.

The show itself was amazing. Each band had the same amount of time together, even performing three songs together – The “Single/The One” remix, “Don’t Turn Out The Lights” and “Hangin’ Tough/Everybody.” They would each perform a few songs before switching off to the other band.

The bad side of the situation? New Kids on the Block fans had better access to seats due to their VIP arrangements. You could pay a little bit more money and get a VIP that did not include a Meet & Greet, and get a seat in the first 10 or so rows.

Backstreet Boys fans did not have that access. Our tickets were bought through the fan club through Ticketmaster like normal tickets and our VIPs were handled graciously through GroundCtrl (now Wonderful Union). Granted, I had decent seats for both shows, but they were nothing like the tickets that New Kids on the Block fans had. (I’m also spoiled – even back in 2011).

In 2012 while on the European leg of the tour, they held a webcast where fans could pay and watch the show live around the world. Our girl Lisa was there in the middle of the “shaft” of the stage.

Flashback Friday: A look back at the NKOTBSB tour 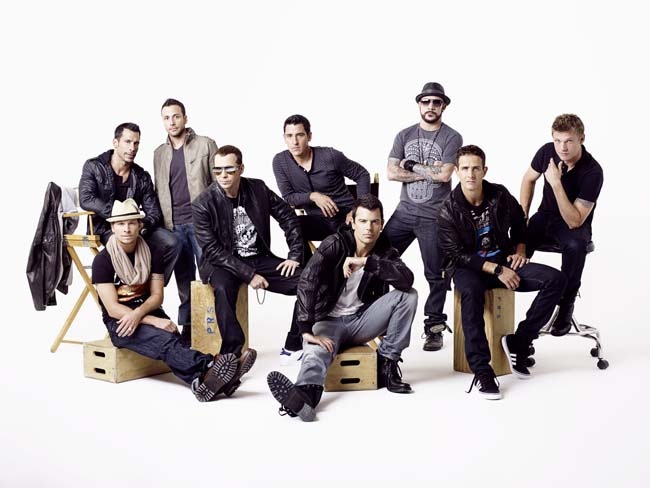 Comments Off on Flashback Friday: A look back at the NKOTBSB tour