Almost 18 years after its release, Nick Carter’s “Now or Never” is still my favorite album to ever be released. Yes, that’s right. “Now or Never” surpasses the Backstreet Boys’ “Millennium” to me.

Maybe it has to do with some of the songs on the album, or that the album was released during a very weird period of my life and meant so much to me. Maybe it’s the fact that I saw way too many “Now or Never” tour dates, or that it inspired me to write more than I ever had before, which led me to finding myself more and the next step in my life that Nick pushed me towards – going back to college.

Obviously “My Confession” is my favorite song on the album and not just because it was the title of my old fan fiction site. It’s the lyrics and the words that Nick’s singing.

“Every time I come around, somethings always got you down and I don’t understand why …”

The lyrics spoke to me because that was me. During that time, I was in a horrible place, utterly depressed, sometimes trying to do things to myself so that I wouldn’t be here anymore. I wanted to die. I tried to. I hated who I was. I hated where I was. I hated the fact that I couldn’t do anything about it.

The second most important song on the album? “I Got You.”

“I Got You” was co-written by Max Martin and it had that little bit of Max magic that he puts into songs and you could hear it from the moment the song starts and Nick’s voice singing so subtle, but pounding out that “but I don’t caaaaaaaaaaaaaare” towards the end of the song.

And the music video that he filmed in Key West after winning the powerboat championship a few days before? It is one of the most beautiful music videos ever. The color of the water and Nick on a huge ship that could be a pirate ship.

Sure, there were songs like “Girls in the USA” that was a bit of cheesy rock (Still mad at no shoutout for the Georgia Peaches, Nick!), but the entire album is like this moment in time where Nick was in his life, where I was in my life.

“Heart Without A Home” and “Who Needs The World” are two songs that could have easily been Backstreet Boys songs, but Nick did them more than justice. I remember watching him sing them for the first time at his first solo concert in Yabor City (an area of Tampa), and I practically cried, standing in the front row.

Don’t even get me on “I Just Wanna Take You Home.” I call it the fan fiction song.

“Do I Have To Cry For You” is just the Bryan-Adams style song that Nick was amazing on. It was his type of song – the power ballad. Nick could have easily been a star in the ‘80s because he is perfect for it and that song showed it. We will never forget seeing that music video for the first time.

Even the songs that didn’t make the final album, such as “Don’t Walk Away,” “Forever Rebel,” “Scandalicious,” and especially “End of Forever,” and all amazing and different, which makes them perfect.

The one thing I wish we had from that time period is a studio version of a song that Nick performed live on tour – “Not Like You.” I always felt like in a way that it was Nick’s biographical song.

Sometimes people love things that remind me them of a part of their life. Yeah, I wasn’t in the best place then, but the memories of listening to that album over and over will never fade. Hearing the songs for the first time, in full since so many clips snuck online before the release, gave me a feeling I will never forget.

Yes, I love “I’m Taking Off” and “All American,” but there is just something about that album that makes it my favorite.

Thoughts: @NickCarter’s “Now or Never” is my all-time favorite album and I have no shame 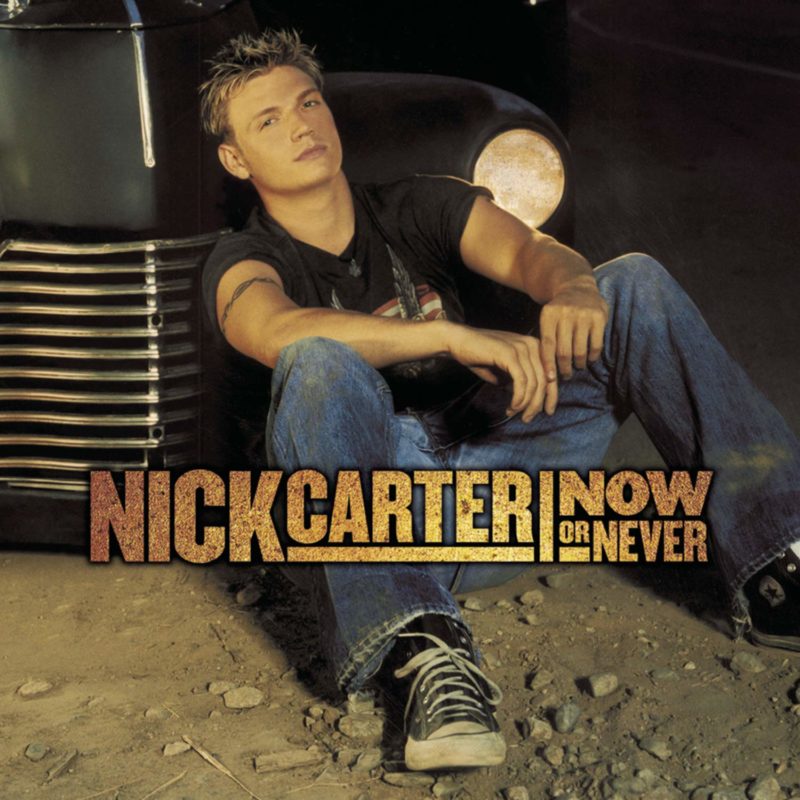 Comments Off on Thoughts: @NickCarter’s “Now or Never” is my all-time favorite album and I have no shame