By the time that “Black & Blue” came around, I was a hardcore Backstreet Boys fan. I had a fan website. I was already starting to get involved in fan fiction. I was entirely obsessed so much so that I would wait and come home on some days until I watched TRL from my college campus’ rec room. I didn’t want to risk missing anything.

It’s hard to believe that has been 20 years ago. I remember that week like it was yesterday.

I was paranoid (like I am almost everything) about the boys doing an around the world tour in 100 hours. So much so when TRL came on during this week 20 years ago for an episode (I forgot which day) to say that they had sad news, I just knew something bad had happened. I literally almost started crying. Did the plane crash? Did a cheetah bite AJ’s head off in South Africa? No, it was Kid Rock’s little sidekick Joe who had tragically passed away.

I sat online as much as I could that week, hoping to see photos, but back then, we didn’t have Instagram or social media, so we were refreshing backstreet.net like it was going out of style. I remember a few times the website crashed because so many people were on it.

Me today, holding up four of my six copies of Black and Blue.

Living in a semi-small town, my stores weren’t open at midnight as the clock struck November 21, 2000. I had to wait until that morning and head by Walmart before heading to my 9 a.m. class. They didn’t have the albums out yet, so I remember standing in the middle of the entertainment department screaming at the top of my lungs that someone needed to go in the back and get my damn CD.

A screaming 20-year-old fangirl will definitely get some dudes moving first thing in the morning, that’s for sure. (That also wasn’t the last time I did that, nor was it the first.)

I didn’t have a CD player in my car, so I had to listen to my discman and almost had the entire album listened to before my first class. Then I kept listening between class and I remembered that I skipped one of my classes to sit in the rec room that day to listen to it again before heading home before TRL came on.

It’s things like that … listening to a CD, looking at the booklet, unwrapping that plastic, that I miss. We are SO spoiled in 2020 with being able to download the album straight to our phones or tablets sometimes right before midnight.

I remember hearing “How Did I Fall In Love With You” for the first time, between classes, and had to run to the bathroom to cry. I don’t think I had any makeup on, so I didn’t have to worry about that. The song killed me. Howie’s voice sounding so beautiful.

And don’t get me started on “Shining Star.”

“Black and Blue” is not my favorite Backstreet Boys album, but it will always hold a special spot in my heart for being my first head-on, full fledge girl album release. That time in the Backstreet Boys fandom was magical. They were on top of the world, literally. I longed for the days that I would be able to see them again. I hadn’t seen them since the night I became a fan.

Nick during my first, real, full Backstreet Boys concert in 2001. Tagged with my old domain name from back then.

“Black and Blue” would be the first real tour I saw the Backstreet Boys perform besides that first night.

Sometimes I will talk to newer fans, who may not have even been born when “Black & Blue” came out and it makes me realize how much things have changed since then. Sometimes I’m glad I got to experience being a fangirl in the days before social media. Don’t get me wrong, I love being able to see Nick live on Instagram playing with his kids or get photos of sunsets from Kevin.

“Black and Blue” and the entire week leading up to the release will always been a part of me because I feel like it made me the fangirl that I turned out to be. It helped shape me as a Backstreet Boys fan and it made me realize that anything was possible. 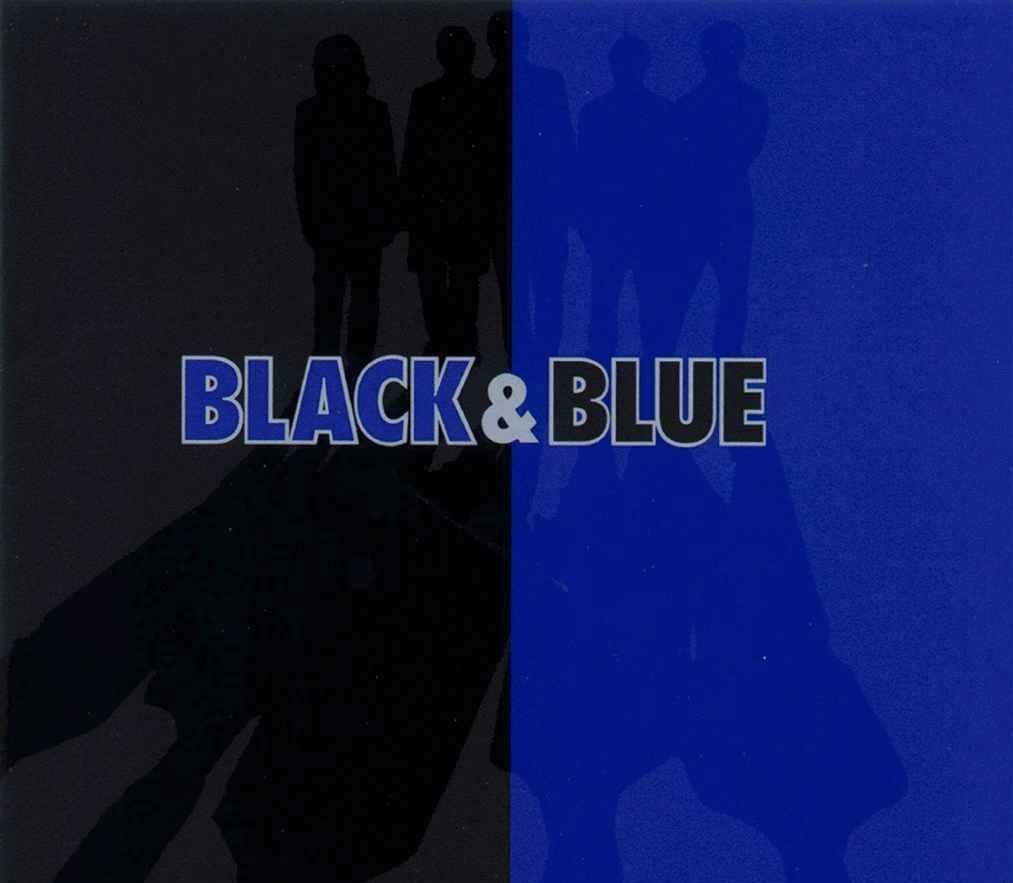