Three years ago today, the Florida Georgia Line single with the Backstreet Boys, “God, Your Mama, and Me” was released. The song was the third single from the country group’s album, “Dig Your Roots.”

The song actually became a popular hit before it was ever released as a single. According to Wikipedia:

The song first became available as an instant gratification track on iTunes just before the album release,and it entered the Hot Country Song on the chart date of September 10, 2016 based on 25,000 copies sold in the first week. It debuted on Country Airplay at No. 51 for the chart of January 28, 2017 as it was being released to radio as a single. The song entered the Hot 100 at No. 92 for chart dated March 18, 2017, whieh is  Backstreet Boys ‘ first return to the chart since 2007. The single was certified Platinum by the RIAA on May 23, 2017. It has sold 435,000 copies in the United States as of August 2017.

The song, for me, will always be special.

Having been a country music fan and historian, my favorite band finally did something country after years of begging them and annoying them, I’m sure. When I smacked Nick on the arm, telling him that’s what he gets for not listening to me and now they had a No. 1 country song, he said it wasn’t him that didn’t want to do something country – it was Kevin.

Whether it was Kevin or not, or maybe Nick was just blaming him not to get in trouble with me, I’m glad the guys finally broke down and did something in the country music genre. The song was a big hit and opened the country music world’s eyes to the Backstreet Boys talent.

I became a Florida Georgia Line fan around the time that “Cruise,” their first main single, was released and there was always something that reminded me of the Backstreet Boys with them. Maybe it was the way they harmonized, I don’t know. I interviewed Tyler once and wish I had known they were such Backstreet Boys fans because I would have gotten more out of him.

Three Years Later: @BackstreetBoys and @FLGALine’s “God, Your Mama, and Me” 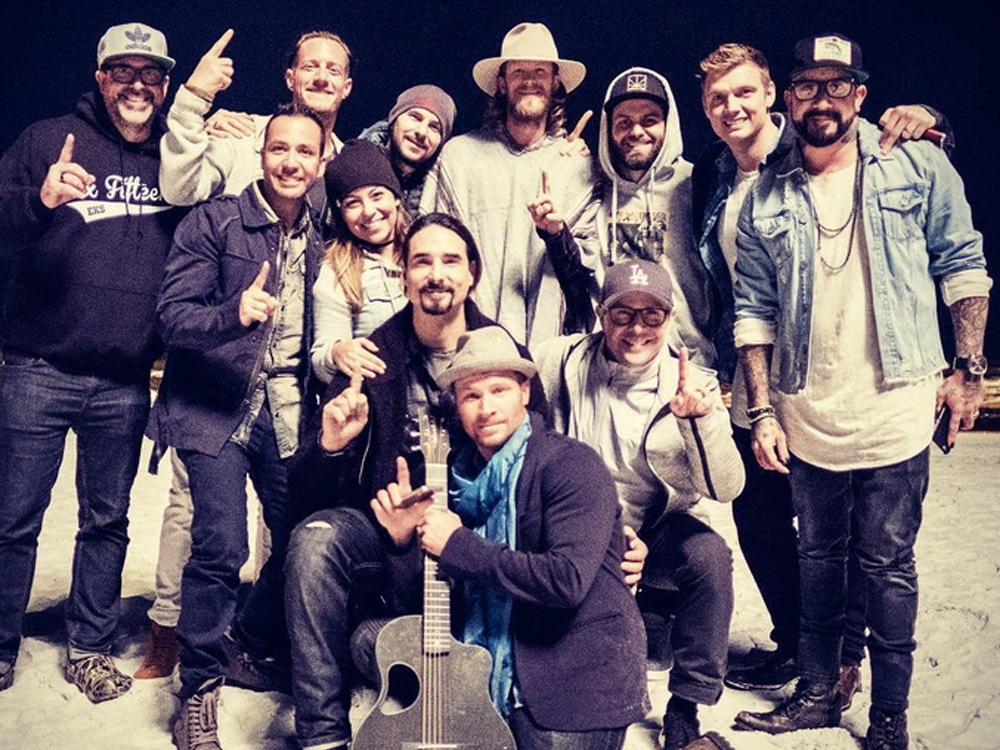 Comments Off on Three Years Later: @BackstreetBoys and @FLGALine’s “God, Your Mama, and Me”

Ask The Fangirl: What is your weirdest interaction with the @BackstreetBoys member? »