Shania Twain on stage with the Backstreet Boys in Feb. 2019. / Karah

Am I the only one that needs a real Backstreet Boys/Shania Twain duet?

Seriously it’s a real question. It’s been almost 22 years since we had the pleasure of seeing Shania Twain sing “From This Moment On” (her duet with country singer Bryan White) with the Backstreet Boys.

What is holding us and the world back from a real, studio-recorded duet from the Queen of Country/Pop and the best-selling boy band of all time.

I’ve been a fan of Shania Twain since her very first self-titled album was released. She’s cuddled up in a jacket by an ingloo with a big fluffy dog near her. This was before “Any Man Of Mine” or any of the hit songs she recorded with her ex-husband Mutt Lange (the man that gave us “If You Want It To Be Good GIrl (Get Yourself A Bad Boy).”

I imagine them singing a song kind of like “From This Moment On,” a powerful ballad where all of their voices shine.  Something like “Amazed” or “My Heart Will Go On.” I know I just named two ’90s songs, but what do you expect?

To be honest, I wouldn’t even mind if they re-recorded a real version of “From This Moment On.” A 2020 version because the boys’ vocals are SO much better and stronger than they were in 1998.

They are obviously still close friends considering Nick just inducted Shania as Woman of the Year in Las Vegas and she came to see them last February in Las Vegas before announcing her own residency at Planet Hollywood.

Would you want a real Backstreet Boys / Shania Twain duet?

Thoughts: Can we get a real @BackstreetBoys/@ShaniaTwain duet? 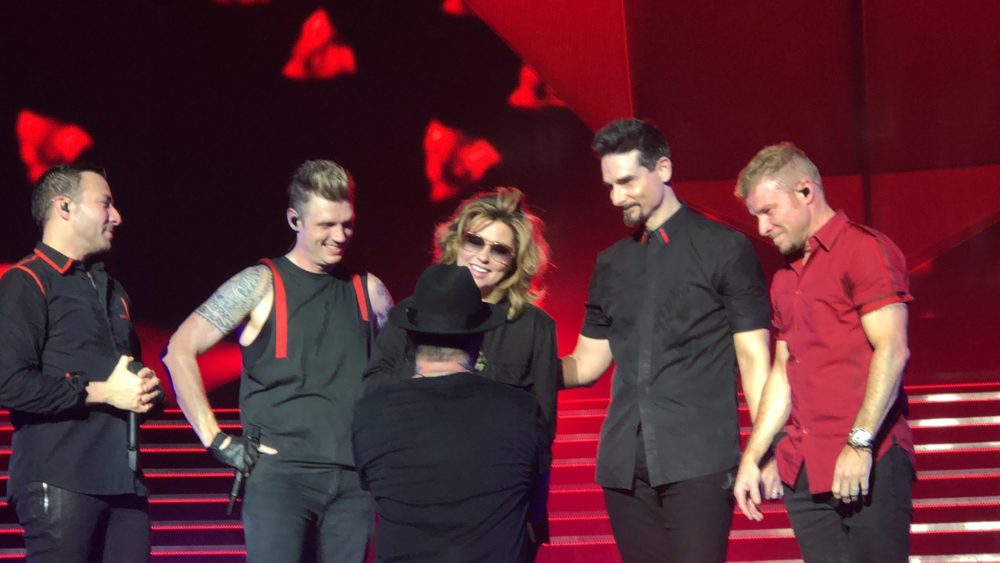 1 Comment on Thoughts: Can we get a real @BackstreetBoys/@ShaniaTwain duet?