Opinion: @BackstreetBoys Solo Events, Are They Worth It? - BSBFangirls.com

Okay, so being a Backstreet Boys fan isn’t cheap, so why would anyone go to the solo stuff the boys do on the side. (I’m defining solo event as anything with less than all 5 boys).

Well, I’m going to let you know why I think they are 100% WORTH it, and maybe even more worth the group events … yup that’s right I said it. So here goes: why solo events are worth it in my opinion. I’ll start with the positive, then negative and finally tell you why my experiences have lead me to love solo events!

Since they often do something that the particular boy enjoys doing. For instance Nick and golf, or Howie and food, it helps ensure that they are just about as happy about being there as you are! (Okay, maybe not as excited as you are because I mean you are hanging with a Backstreet boy.)

Since it’s something they like it’s fun to see them in a different light, not just as a performer, but as a regular person who enjoys things! (Because as shocking as it is they are regular guys!) This means you often get to see a very different side of the boys and that is tons of fun!

Many who attend solo events are often fans of that particular boy and it’s always so much fun meeting other fans who like the same boy! These events are some of the best places to not only get to know one boy better but also your friends better as well as make new ones in the process.

This can also lead to the boys becoming more aware of you as a fan! After doing a couple of these events often the boys do start to recognize you which is always pretty cool ( No guarantees though!) It’s fun to do an activity with the boys that I would do with my other friends, but in this case, it’s my friends and a Backstreet Boy!

It’s normally a smaller/intimate setting for these events so you really get a feeling of being special and more one on one time.

With a more intimate setting, you will find you don’t have to fight for attention, they will come to you and that makes things better for all involved.  They will have more time to chat about everyday things and just genuinely hang out. Now it’s not always this way but I have found even at the bigger solo events it still feels like you have more time!

Each event is unique to the boy that is there, which makes the fan experience different each time!  Meet and greets are amazing but they tend to be the same each time, but with solo events, there is a lot of room for variation and it’s an adventure each time!  Howie has done the listening parties, Valentine’s Day parties in Vegas, and now he is doing Howie eats, each event might have Howie but it will also have a unique activity for the fan which, to be honest is pretty cool.

The Negative: (besides all boys being there)

Some events can be a little more chaotic (yeah Nick fans I’m looking at you, myself included!) than others and honestly, this just means it’s less likely to happen again plus decreases the fun for all. When fans get pushy, touchy, overly entitled to the boys’ time, inappropriate, and just all-around rude things get bad.

Howie events are a great example of how if fans act chill, respectful and nice everybody gets what they came for …. a little time with Howie. In contrast, some Nick events have been a mess for various reasons and have resulted in many not feeling like they got what they wanted/paid for.  The boys always try very hard but sometimes things just can’t be fixed.

Some will also say that since their favorite isn’t attending the event isn’t worth it, and if the cost is an issue for you, this is totally reasonable.   If you are completely dedicated to just one boy then going to solo events might not be as available or even worth it for you. This would be the same if the event is truly something you do not like or want to do.  I for one don’t care if Nick is scuba diving with me …. I’m NOT going, so it wouldn’t be worth it or reasonable for me to go.

Cost is often a reason why many say they don’t think solo events are worth it.

I can see their point, you are getting less than all five boys and sometimes it’s just as much as a group meet and greet! Yet if you have done group meet and greets you know you get very little time with the guys and you are done, so this is why if you can manage it, I say it’s worth it to go to solo events.

While still fast you do get a little more time/interaction (see above for reasons). It can get expensive though when afterparties are 500 plus, Nick events tend to be about 250, Howie about 150, and so on. The prices can intimidate anyone into not wanting to spend the money when 500 gets you all five. Still, the cost can get out of hand for solo events and does prevent many from attending.

Okay, just to be clear this just my opinion on solo events, no one else’s!

I believe they are worth it because of the intimate settings, one on one opportunities, unique experiences, my friends, and seeing the boys in a different atmosphere.  Yes the cost is an issue and not all can afford it but I do encourage all to see the value of the solo events.

When else are you going to get to have a drink, play golf, have dinner, play games, go bowling, etc with a BACKSTREET BOY!  Those are things you won’t get at a meet and greet no matter what so the solo events really offer something totally different. As much as I love solo events I’m also realistic that if it’s something I really don’t want to do, I won’t do it just because a member of BSB is there. I also try not to go in with expectations and just have fun, even if I don’t get much time with the boy there I try to enjoy time with my friends and make the best of it.

If you don’t think you can have fun just because you are there, then please don’t waste your money.  I also found going to any boys event no matter if it’s Nicks (I’m a mostly Nick girl) or not brought me a new respect for other members and amazing memories.

It was a Howie event in Vegas where I learned why you go no matter which boy is doing the event, each is so different and I had a blast! (so much fun that Howie is threatening to take over as my Fave!) Now having said this, I haven’t had the pleasure of doing an A.J. event, even though I want to. (they just never line up with my schedule!)

I do hope that Brian and Kevin might one day start doing some solo events! (who wouldn’t love to watch football with Kevin and play basketball with Brian!) I also encourage anyone who has done a solo event and maybe it didn’t go exactly how it should or how they thought it would give it another try.

Again each event is so unique so don’t let that turn you off from them! In the end I’m not trying to shame people into going to solo events, just letting you know that there is so much more to solo events than meets the eye!  They really are a blast and I really hope the boys keep doing them! Lifes an adventure and so are solo events! So to recap I think solo events are 10000% worth it, so do yourself a favor and go!

Opinion: @BackstreetBoys Solo Events, Are They Worth It? 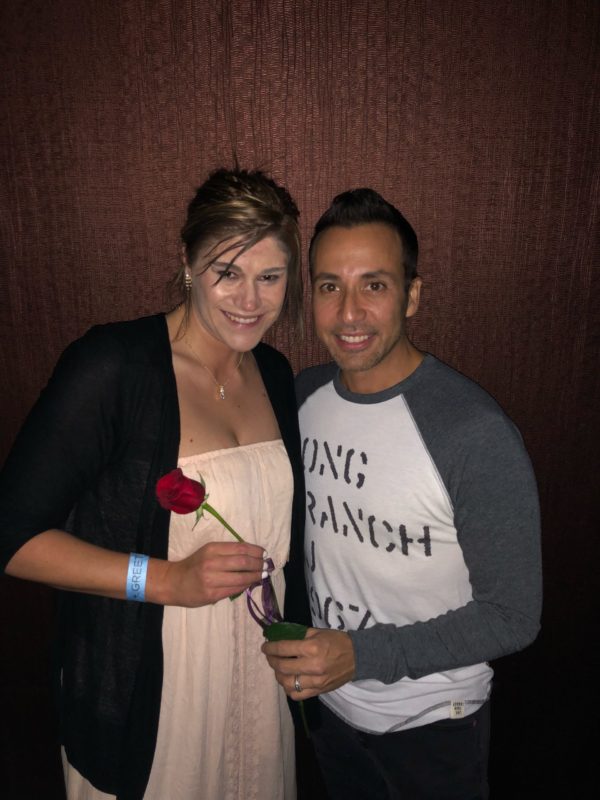 « Weekend Read: “What are the Chances?”

WTF were @BackstreetBoys thinking: “Get Down” music video »