Nineteen years ago today, the Backstreet Boys kicked off the first leg of their Black & Blue Tour in Sunrise (near Miami), Florida. They next headed to Charlotte and then Atlanta to play the Georgia Done where they set a world record the year before during the Into The Millennium tour.

The tour continued through the end of March, where they filmed a CBS concert special at their Los Angeles concert. The tour then picked up again in Latin America at the end of April to mid-May.

The second leg of the North American tour kicked off June 8, 2001 in their hometown of Orlando, hitting Tampa and Atlanta, again.

Howie and Nick during the opening of the second leg of the Black & Blue tour in Orlando on June 8, 2001. (Photo by Karah)

As we all know, on July 9 in Boston, AJ left to go to rehab and the tour was postponed until he was able to return. The Backstreet Boys headed to TRL to make the announcement.

From a personal point of view, fans online all knew something was happening that day. Being a member of the old forum Live Daily, rumors started circulating and many of us thought the band broke up. But when the camera panned out from Carson Daly to show only four Backstreet Boys there, including Nick who was teary-eyed and had a bandage on his hand, we all knew what it was.

The tour kicked-off again on August 24, 2001 in Milwaukee and the tour was filmed live for an online webcast (shocking in 2001, I know) in Dallas, Texas.

continued, although tragedy struck the tour again with the September 11, 2001 attacks. The boys were in Boston the night before, making up the shows that had been canceled from July and were on their way to Toronto for the next show on September 12, 2001.

Leighanne Littrell was supposed to be on one of the flights, Flight 11, that hit the Twin Towers. One of the members of the Backstreet Boys road crew, Daniel Lee, was on the flight. He was on his way back to Los Angeles for the birth of his child.

The tour continued until mid-October where the boys’ went right into promotion for their greatest hits package and the new single, “Drowning,” but a month later, they went to Asia to wrap up the tour.

The Black & Blue never made it to Europe, Australia, or anywhere else. 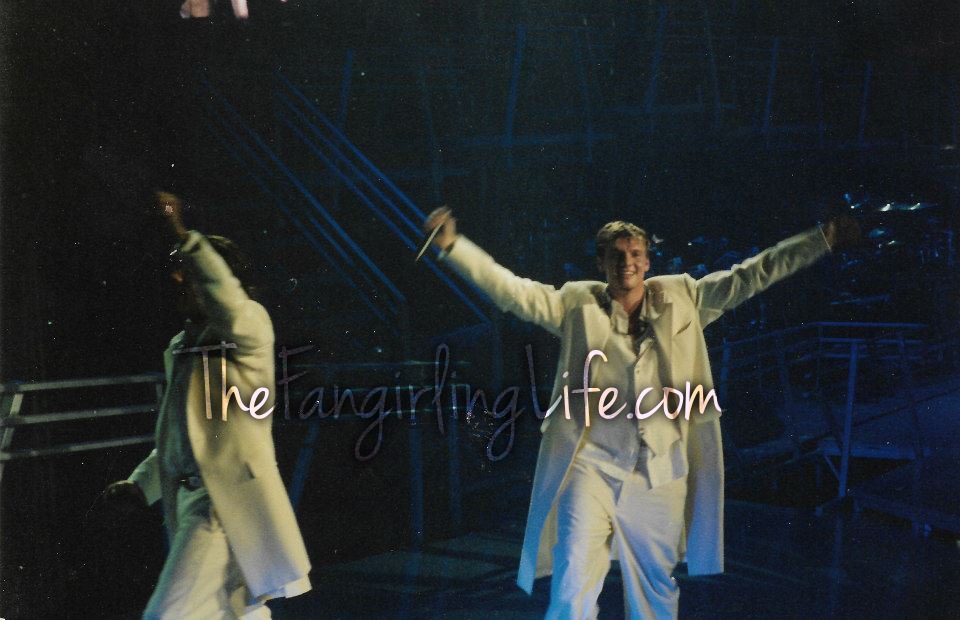 Three Years Later: @BackstreetBoys and @FLGALine’s “God, Your Mama, and Me” »