Think about everything they have accomplished in those 10,000 days!

They have sold over 130 million records around the world and had one of the top albums of 2019 with “DNA” in their 26th year of being a band.

weeks “Millennium” stayed on the charts

years together as a group

best-selling artist of all time

best selling group of all time

“Dancing with the Stars” contestants

song to top the Country charts

Shoutout to Mike who has kept some of us BSB fans informed for years! You rock, dude! 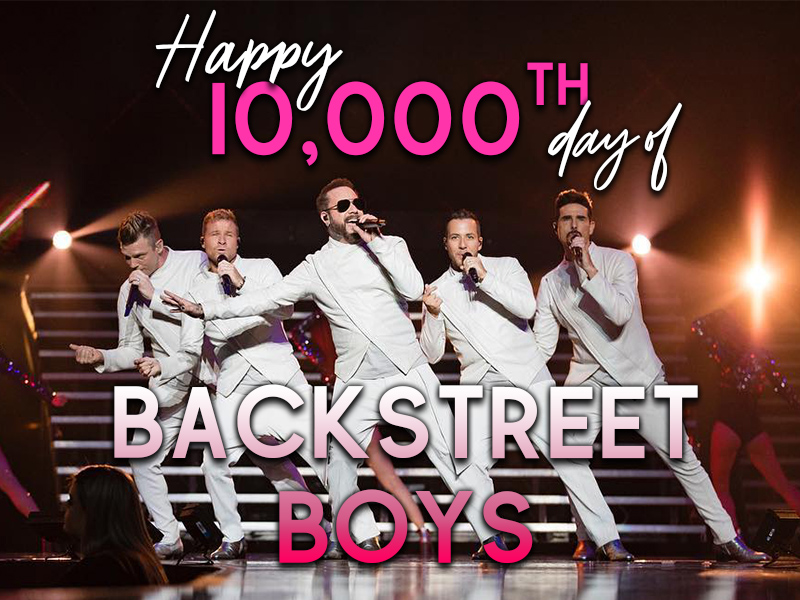