21 years ago Millennium came into our lives & we couldn't be more thankful - BSBFangirls.com

For some people, buying a new cassette or new CD back in the ’90s was just a normal occurrence. It’s something you did when you had extra money or your favorite artist came out with a new one.

But on May 18, 1999, the Backstreet Boys released one of the most popular albums the world has ever seen. In fact, it’s one of the best-selling albums of all time.

Can you believe “Millennium” is 21 years old?

Yep, 21 years ago today, the gems “Back to Your Heart” and “Don’t Wanna Lose You Now” came into our lives for the first time and we never knew what love sounded like in song format until then. And to this day, those songs pull at our hearts.

So much so, the guys have been singing “Don’t Wanna Lose You Now” during their DNA World Tour.

There was the shutdown of Times Square due to the boys’ appearing on MTV’s TRL (back when it was ACTUALLY live). There was the magazine covers and the fact that every time you turned on the radio, you heard “I Want It That Way.” For some people, their local stations were already playing “Larger Than Life.”

For me, I was in my first year in college and I ran by Walmart the morning the album was released but didn’t get to listen to it until that afternoon. I just kept looking at the CD cover and the inside pages with the thank you’s and the photos. But when I finally started on my way home, I got to listen to it and I sat in my car until I listened to every last minute.

Here are some of our memories from that day!

I was 14 and in 8th grade when Millennium was released. I remember I Want It That Way was released the week of my 8th grade formal and the album followed shortly after. It was the end of my 8th grade year and the end of middle school so I remember it quite vividly. My mom went and bought the album for us while we were at school and I raced home after getting off the bus just so I could listen. We had a field trip to Washington DC and I remember listening to the entire album on my DiscMan on the coach bus ride down. I don’t think kids these days know what a DiscMan even is since we all have the ability to stream in various platforms.

I was unable to go to the store at midnight and buy my many copies. I woke up about 9:30 a.m. since I worked until 11:00 p.m. the night before. I bought my 3 copies at K-Mart. I went home and the 1st song I listened to was “The Perfect Fan”. I will admit I cried throughout the whole song. I listened to it multiple times before pulling myself together and started with track #1. I had 3 copies 1)home 2)work 3)car I wasn’t going anywhere I didn’t have my “boys”. May 18th is also my wedding anniversary. When I got engaged and we sat down to discuss our wedding date, I say that May 18th 2002 was on a Saturday and I knew I would NEVER forget that date.

Well I was a young 30 years old LOL. I made my way to Walmart on my way into work and got my copy. Then listened all day through my computer’s cd-rom player. 😋

There are so many good memories to come with those days.

What are your favorite memories from Millennium’s release? 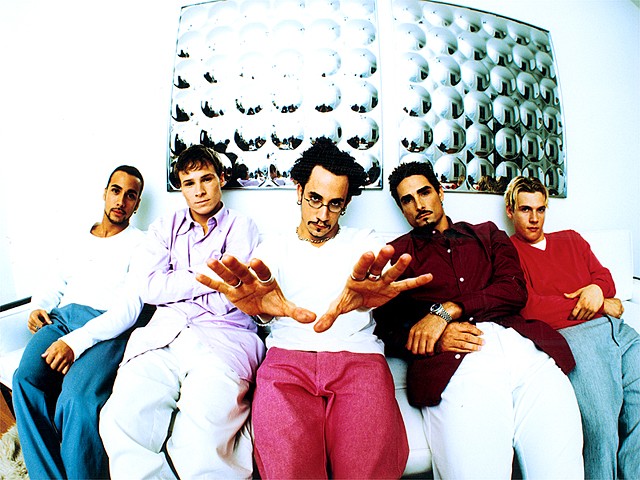