Got a question? Clickhereto ask!

Question:When we get pictures taken I had no idea we could do different ideas for pictures with meet and greets. Does anyone have good advice at knowing good picture ideas? I got so nervous meeting the rest of the Backstreet Boys I literally wasn’t even thinking of picture ideas to take. Any advice??

Just have an idea and go with it. If you are determined for a certain pose, make sure you tell the guys to start with. They are really good about working on doing exactly what you want and tend to have fun with it.

Brainstorm ahead of time. Go through different albums on the fan club website and see options that could work for you. Since we’re not allowed props anymore, it’s easy to coordinate with the boys. Make sure they’re all paying attention otherwise you’ll end up with a weird pic.

I am not a fan of funny poses, but that’s just me. I have learned you need to speak up and tell them who you want to stand next to. I have done just a few VIPs and each time I have been pulled into the center by Nick. In Las Vegas April 2019, I finally spoke up and pulled away and said I wanted to stand next to Kevin. That may have been the most I have ever said to the boys LOL. Kevin pulled me over towards him, I got a 2nd hug and he put his arm around me. Out of all my pictures, that one is my favorite and means the most to me.

Sometimes I’m not always the most creative, but I’ve gotten to a point where I don’t want them all to look the same. Lately I just started asking the guys to choose and they actually will! It gives you a FEW extra seconds as we all scheme and adds some laughs to make it less awkward. I wanted to hold an Eagles flag in mine last summer when we were at the Philly show but I chickened out thinking I would get told it was a prop. I’m still kicking myself for not asking though, so if you have something in mind, just ask. The worst case scenario is being told no that it can’t work, but you’ll still have a picture with them! ????

I either google group picture poses or ask them what their ideas are when I walk in! It’s a great way to get some more interaction with them!

I have some of the craziest…all I did was have a plan and ask.

I go on Pinterest and type in different group photo phrases. If I don’t see anything I like, I sometimes find inspiration to spark my own ideas or I see something I can modify. The guys are more than willing to do a pose (within reason) if you ask. Just be sure they’re all paying attention. I can’t tell you how many group hugs I have with only 3/5 participating lol.

My sister and I used to try to be creative with our poses. We have some really great ones, but the last few years, I have done a lot less posing. As a side effect of the Boys knowing (or assuming they know) who your favorite is, I now just naturally end up in some variation of a hug with AJ. No complaints on my part; I can never have too many of these!! ????????????

Got a question? Ask Us!

Ask The Fangirl: Do you have any good advice for @BackstreetBoys Meet & Greet poses? 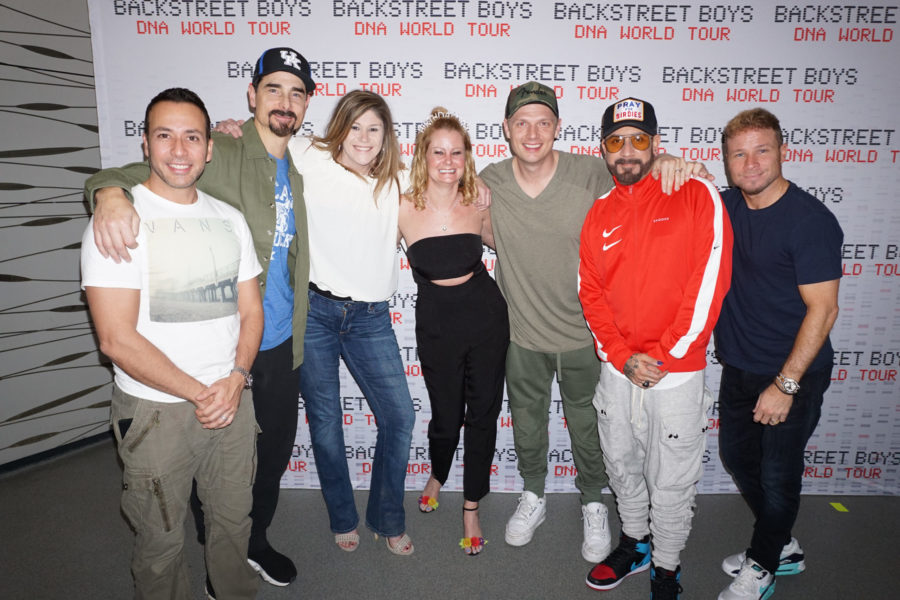 Comments Off on Ask The Fangirl: Do you have any good advice for @BackstreetBoys Meet & Greet poses?

Thoughts: Can we stop complaining and just be happy we still have @BackstreetBoys in our lives? »