It’s Nick Carter Week!  In honor of Nick turning 40 today, we are celebrating him all week long here at BSBFangirls.com! It’s also fitting that my birthday, as well as my twin sister, Kim’s birthday is Thursday, January 30th, which just happens to be two days after Nick’s (January 28th).

As I am a fellow “Nick girl,” myself, I figured I would share some of my favorite moments that I have shared with Nick over the years.  It was a difficult choice to choose, but I would have to say when Nick sat down on the stage with us at the rescheduled Hershey, PA date on September 16, 2019.

Since the original DNA stage had to be shipped over to Japan, another stage had to be rented for the rescheduled Hershey show, therefore, this stage did not have a lot of their special effects that we were used to seeing all summer (t”he lights, the risers, the moving big screen, etc).

Since the riser where Nick and the rest of the guys sat for “Quit Playing Games” wasn’t there for the Hershey show, Nick decided to sit down right on the stage, practically in the crowd with us. It was something we really weren’t expecting, and of course, I caught it on video, too!

My apologies if it is moving around a lot, I did not have my phone directly at my eye level or in Nick’s face, as I wanted to document it, but I also wanted to live “in the moment” at the same time!

What are some of your favorite interactions or moments with Nick?  Did you receive his rose in Vegas? Get a picture with him? Meet him at a con?

Share your pictures and videos in honor Nick Week and his birthday!

In Nashville after the “God, Your Momma, and Me” #1 party with Florida Georgia Line at FGL House in June 2018 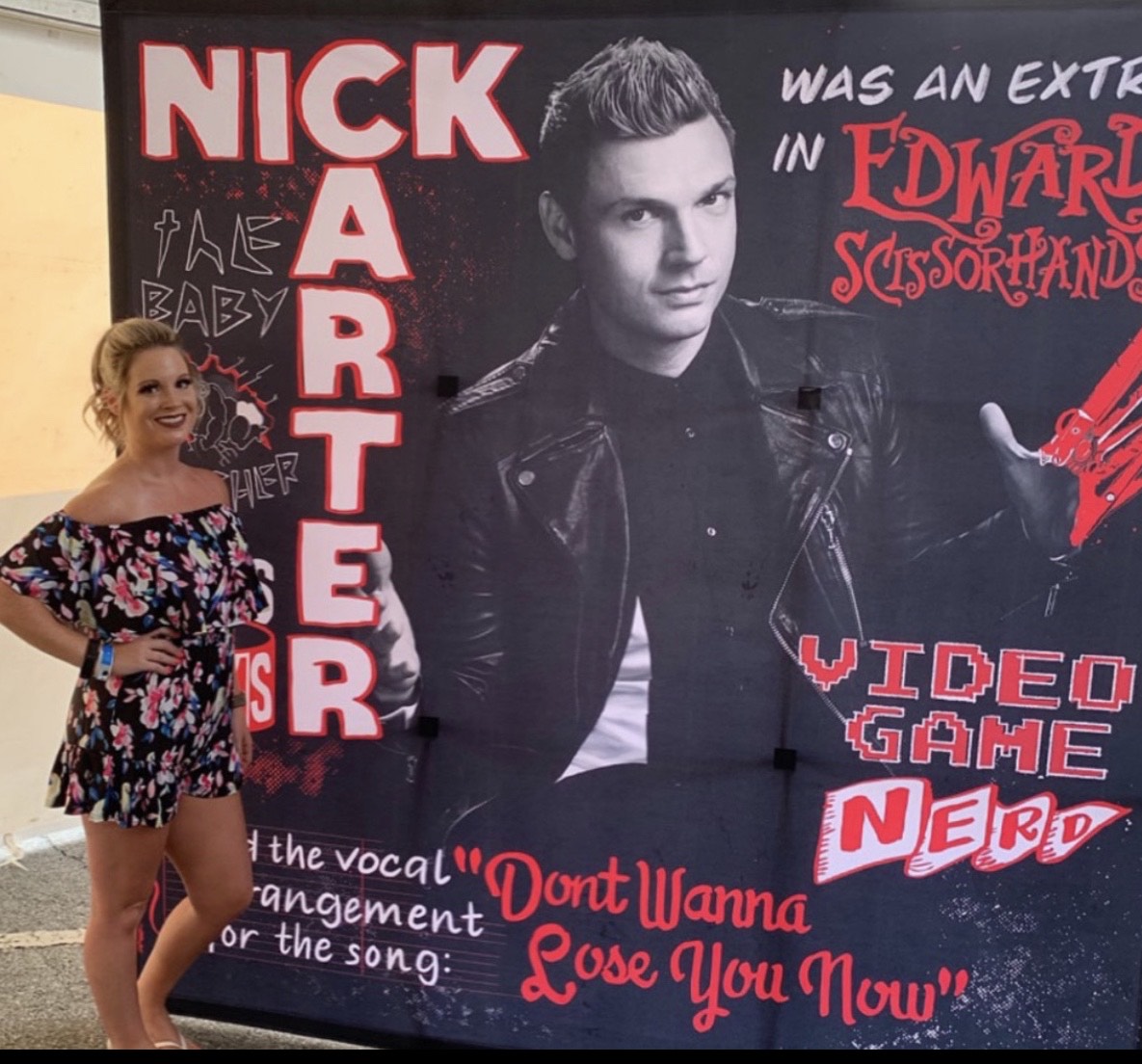 Comments Off on Personal: @KerryLynS130 shares her favorite @NickCarter memories; what’s yours?