News: Meet Tor and Lisa, the songwriter's behind @HowieD's new musical, "Back in the Day" - BSBFangirls.com

With Howie Dorough’s new musical, Back in the Day set to debut at the end of this month…we thought it would be cool to get to know his writing partners. Tor Hyams and Lisa St. Louis.

1.Can you tell us a little about yourselves?

We’re Tor & Lisa! We are songwriters primarily. We write pop music and musical theatre. Mostly, we love to laugh so we bring comedy to everything we do. We’re also performers and have played shows all around the country.

2. How did you meet Howie and begin working with him on How We Do? How long have you all known each other?

Because of Tor’s work in rock music and specifically his affiliation with the Lollapalooza music festival, a mutual manager friend introduced Howie to Tor about four years ago (2014). Howie was interested in making an album for kids and, given Tor’s credibility in that area which also includes a Grammy nomination, Howie approached Tor about the idea.

Tor brought Lisa in and the three met to discuss the project. Since Howie didn’t have any particular songs in mind, we all decided we would write an original album, based primarily on what Howie went through as a kid. The first few sessions were largely just talking about Howie’s childhood and identifying themes that could be used to write songs. Given Howie’s mixed race, it just made sense to write an album about a kid who in search of his true identity and that’s when How We Do was born.

3. Were you a Backstreet Boys fan before working with Howie?

I wouldn’t say we were huge fans, but we certainly appreciated their talent and definitely liked their hit songs very much. We even modeled the opening number of the show around “Everybody.”

4. What is one thing Howie has taught you during this process?

Howie is a wonderful guy. He is one of those rare people who truly wants the best for everyone. Though we are typically a shoot first, ask questions later types, Howie has definitely shown us that sometimes patience and calm can win in the end. He likes to say that he just wants everybody to get along and “win.” We like that sentiment a lot! He’s also taught us that a voice like his can do pretty much anything!

5. What is one thing that has surprised you about working with Howie on How We Do?

That he is an amazing singer. Though we always knew he was a good singer, we didn’t quite realize how great he is. When there’ a vocal group like BSB, you tend to think of them as a group, not as individuals. We learned that Howie is a wonderful singer and performer in his own right and is truly in his vocal prime right now!

6. Once, How We Do is showcased, what are the next steps?

Ideally, we’d like to get the show produced “out of town,” meaning outside of New York. From there, we’d like to tour it and/or license the show to other companies. The search for one’s identity is an important one and we’d like to empower kids all over the country and the world to understand their own unique qualities.

7. Can you tell us a little bit more about the things that you guys are working on?

We are currently writing several projects, the biggest one being a musical adaptation of the legendary TV show, Green Acres. We are also very excited about Lisa’s new soul album, Ain’t No Good Man (www.lisast.lou.com), which was funded from Kickstarter and includes some legendary performers from New Orleans- Ivan Neville, Cyril Neville and Ira Thomas.

We’re hoping a lot of people will buy the album. Howie was also incredibly gracious to help fund the project and we are eternally grateful to him. Maybe we’ll even get an opening spot for BSB one day! Hey, we can dream, right?

The original interview happened at the beginning of 2019. Green Acres has already been produced into a show and shown

News: Meet Tor and Lisa, the songwriter’s behind @HowieD’s new musical, “Back in the Day” 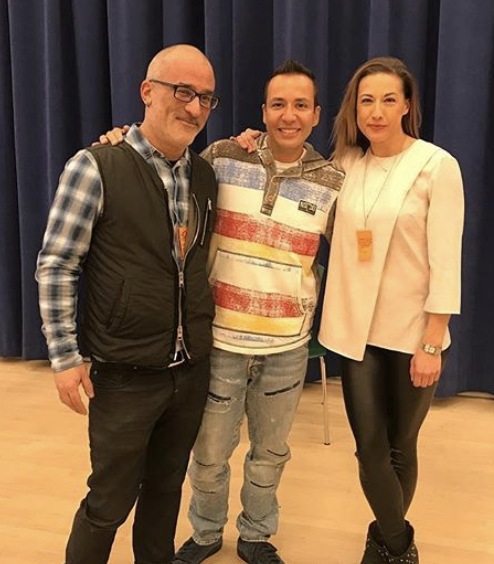 « Howie Dorough’s “Back in the Day:” Why Omaha and other local tidbits for upcoming visitors