When I returned to the fandom and got a new “BSBFancard” I logged into my Twitter account that I had since 2009 but never used. I started following all the Backstreet Boys and their wives. I also started following a few fan “blogging” accounts.

I follow which I consider the “BIG 3”. The Fangirling Life (the site that lead to BSBFangirls.com) was one of them. I was on Twitter when I came across this “trailer” for a book. I don’t think I’ve ever seen a trailer for a book before. It caught my interest. I couldn’t wait to read this book after seeing the trailer.

1. I purchased the Kindle version on August 31, 2018. I was still feeling some PCD (post-concert depression) after returning from my first trip to Las Vegas and meeting the Backstreet Boys for the 1st time. I saw this trailer for this book about being an adult fangirl and I thought it would help me deal with my feelings. – FYI it did!!!

3. I was so caught up with the main characters. Harley was a heroine in my eyes. Blake was a bad boy who just wanted someone to love him for who he was, not because he was in a boy band. I loved how their relationship unfolded throughout the book. I felt connected to Harley in some ways that it made me think I could one day be as strong as her and make the same decisions she had to make to become happy.

4. After reading the Kindle version, I also purchased the paperback copy. There is just something about holding a book with two hands. Turning the pages and the smell of the paper. I was also able to lend the book to a few of my friends and they all loved the book too.

5. This book left me feeling good about being a “fangirl” at my age. I wish I would have read this book when I was younger. Would I have left the fandom so many years ago? Would I be where I am today knowing I could have made some of the same decisions Harley had to make? I like to think I would have been strong enough as long as I had the support Harley had in her life.

Sometimes the band that saved your life can change it in more ways than you can imagine.

“How To Be An Adult Fangirl (And Not Ruin Your Life)” is available in Kindle Edition as well as paperback on Amazon.com along with other books by our very own Karah.

Weekend Read: “How To Be An Adult Fangirl (And Not Ruin Your Life)” 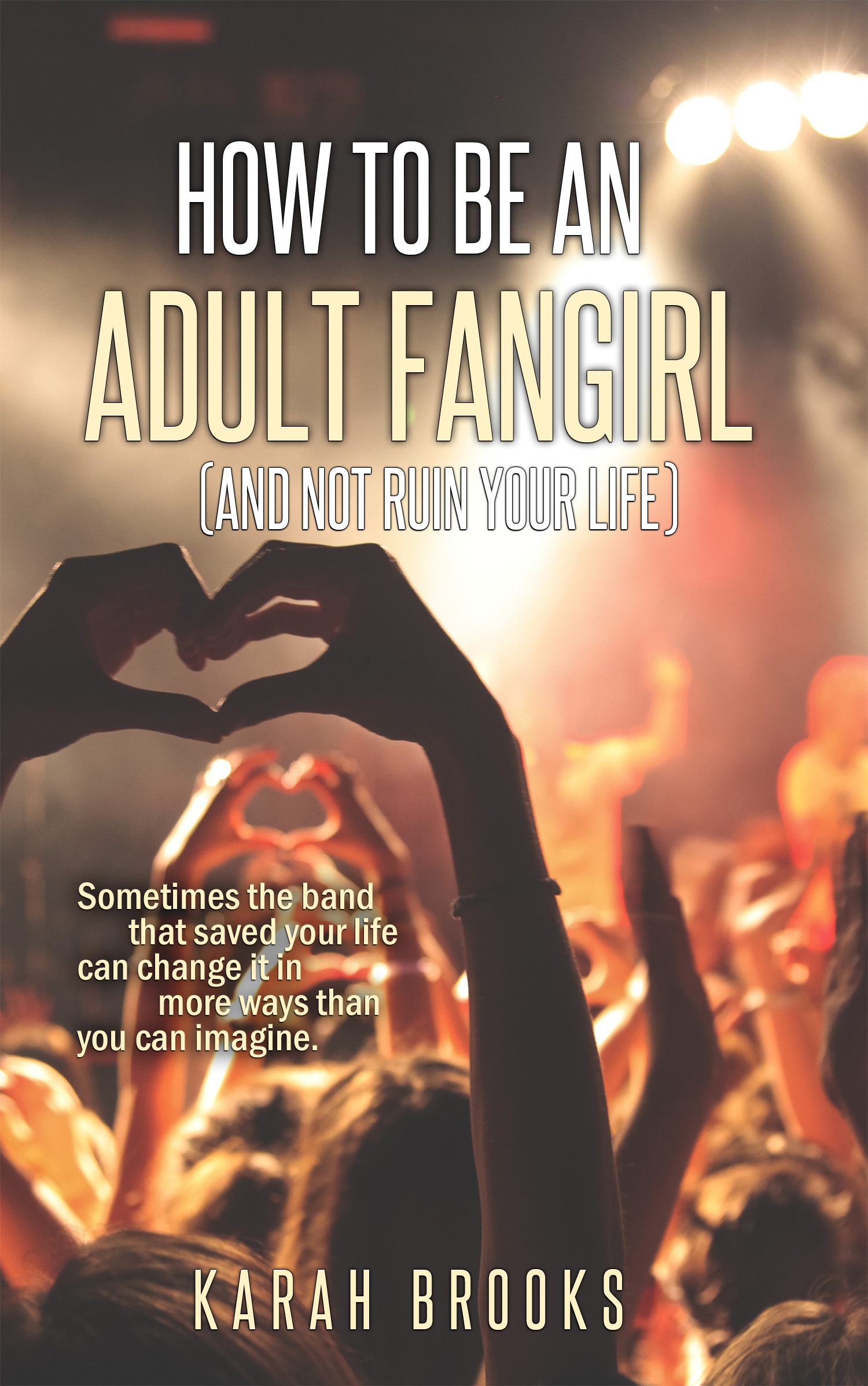 « Countdown: @BackstreetBoys Best Looks of the Past Decade