Author’s Note: I have warm, fuzzy feelings when I think about each Backstreet Boy. This will be part of an ongoing series which covers first impressions of the boys.

Our loveable goofball. Yes, you already know which boy the next instalment is about. If there was any Backstreet Boy that could have dethroned Kevin, back in the day; it would have been Brian. I saw Brian as the boy next door. The guy that my mom would have liked to have seen me with when I got older. He was sweet, well mannered and a practical joker. I was drawn to it immediately.

My first real life interaction with Brian was a wet one. I had managed to get through the 2014 cruise m&g line up and was still in a daze as I made it over to Brian. He said hello/how are you before I had a chance to. First of all, I was too busy being shocked that Brian was shorter than me and I was kinda disappointed by that fact. On the other hand, I was pleased that he was so welcoming. I went in for a hug. Brian took it as we were exchanging a cheek kiss. Being 5’10” myself and him being like 5’8”… we collided. I don’t know if he had licked his lips prior, but I was met with a full contact, wet lip smack against my own. Holy fuck!

Being the true gentleman he is, he got all flustered and apologized. Joked that he was married. I said same, although I was only engaged by that point. In my opinion, the whole situation was endearing and I decided to give him a peace offering kiss. All I knew is that I was glad he was the one I had experienced this fumble with.

At a Las Vegas after party.

I can’t say I’ve had a ton of Brian interaction because he’s probably the hardest one to pin down. As most people know, he doesn’t really go to the after parties unless Leighanne is around or unless he’s struck a deal with one of the guys. On stage, I do appreciate his interactions with the fans. If Brian ever waves at you during a show, please do yourself a favour and wave back. He’ll make it a point to interact with you more after that.

Him and I shared a cute moment during the Vegas residency. I happened to be sitting at my very first table with my friends. When the boys got near I got the bright idea to take a selfie. Brian noticed and began squawking like a bird. I thought that was adorable. We spent the whole night flapping our arms at one another whenever he came near. Never thought I’d do that with a Backstreet Boy. Never thought I’d do any of what I’ve done in the past 5 years but that one was pretty out there.

However, my  favourite Brian moment is the one he shared with my pug, Nero, this past summer. I happen to live near the hotel where the boys were staying in my city. I decided to take my 5 month old puppy out for a walk around 4pm. I figured the boys were already checked into the hotel so it would safe to take our usual route. Big mistake.

My damn dog walked me straight into Brian on the street corner. It didn’t quite register that I was casually talking to Brian until my dog started to hump his leg. I was beyond mortified but Brian thought it was hilarious. I ran off and shouted that I’d see him the next day in m&g. When my husband got home from work and heard the story, he laughed for about 5 minutes and asked why this scenario didn’t happen with Kevin? Uhh sir, if this had happened with Kevin I would have died on the spot and would have never seen the boys again!

Sadly, there is no picture of this meeting but please enjoy a pic of current day Nero.

This is a part four of a five-part series on Andie’s first impressions of each Backstreet Boys member. 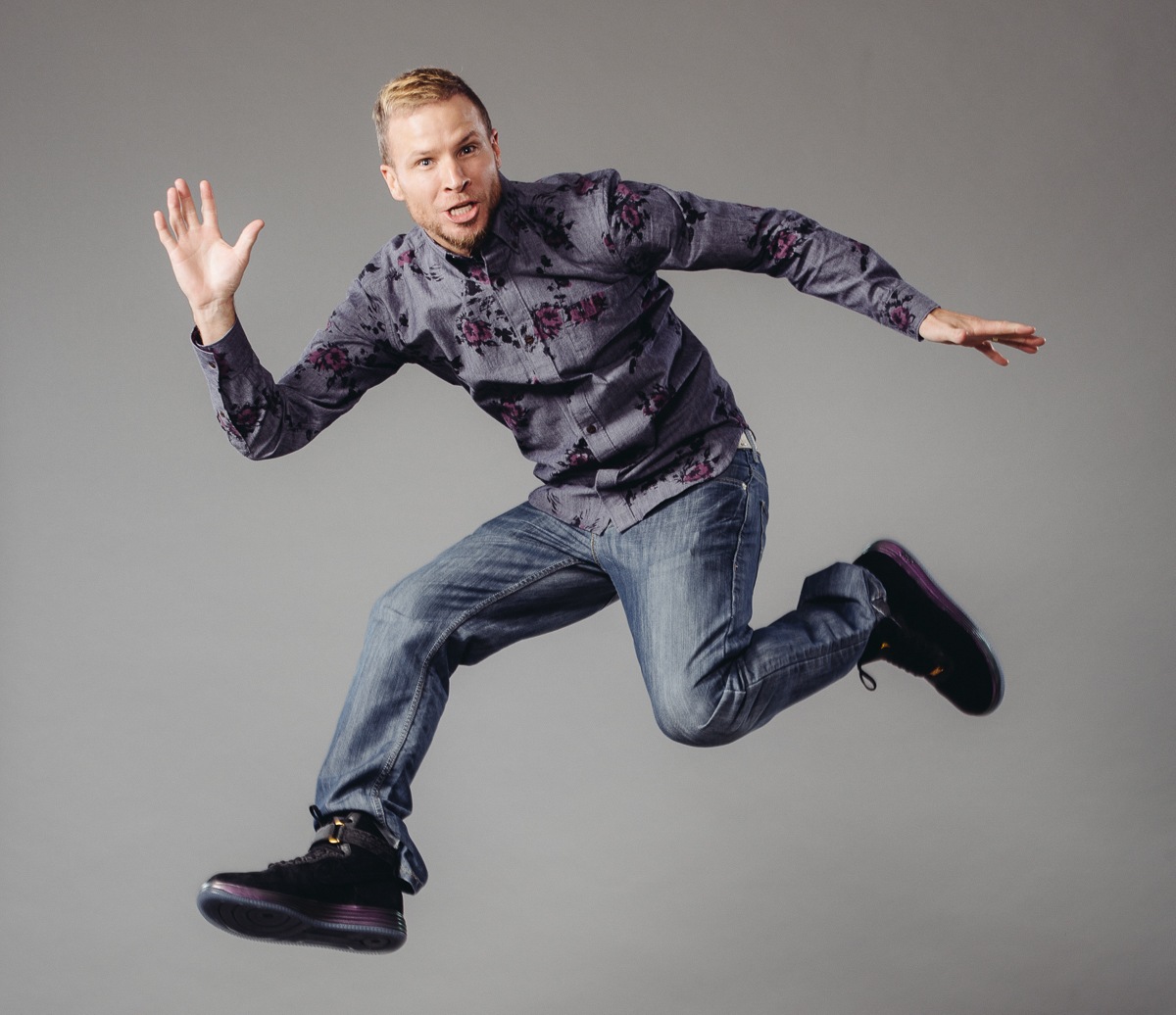 1 Comment on First Impressions of a Backstreet Boy: @Brian_Littrell

Ask The Fangirl: What are your favorite @BackstreetBoys cruise memories? »