If you saw the North American leg of the Backstreet Boys DNA Tour, you saw Baylee Littrell open for the boys. I feel that the European leg missed out on seeing this talented young man come into his own.

Baylee has been busy this past year recording his debut release. It was yet untitled while he was on tour with the boys. He performed a few songs off the album. His setlist consisted of three songs he had previously released and two new songs that were on his album. After the Backstreet Boys DNA tour stop in Hershey, PA, Baylee had some work of his own to do.

Baylee had the opportunity to tour with country artist Chris Lane. Baylee was opening for Chris during his tour stops in Cincinnati, OH, Louisville, KY and then finally his home of Atlanta, GA.

With the Backstreet Boys DNA tour coming to an end for 2019, Brian was off the road and ready to give 100% to helping Baylee make his dreams come true. Baylee had previously released three singles: “Don’t Knock It”, “We Run This Beach” and “Boxes”. A few weeks prior to the release of 770-Country, a snippet of a song was released on Baylee’s Instagram account. I fell in love with so many of the songs, it was hard to choose a favorite. As November 15, 2019 got closer, a full song was released. “Come Kiss Me” a duet with Brian. It is a beautiful love song. Fans couldn’t get enough of it.

Baylee was scheduled to perform at Whiskey Jam. Nashville TN on November 14, 2019. Unfortunately, Baylee was too under the weather to perform. He was able to make a few appearances to promote 770-Country but his voice wasn’t strong enough to perform a whole set.

A few days of rest was all he needed and Baylee was feeling much better by Tuesday, November 19, 2019. I was so excited to see him perform at Eddie’s Attic in Decatur, GA. I bought a few tables and glad to have a few friends join me for his show.

Baylee sang each song off his album plus a few others with Brian. I will admit I was a little overwhelmed while I was there, but I wouldn’t have missed this. It was a very intimate setting and perfect to showcase Baylee’s talent. After listening to 770-Country several times, I really love “Nights Like You”. It became my favorite song.

Now that the holidays are done and it’s a new year… new tour dates are emerging. Baylee will be back on the road in February. His canceled appearance at Whiskey Jam has been rescheduled. Baylee will be performing on February 6, 2020. I can’t wait for more dates and more opportunities to support this up and coming country artist. Insert picture #6

If you haven’t downloaded 770-Country yet, you can find it on iTunes and other streaming services. If you want you can also pre-order a Limited Edition Vinyl. 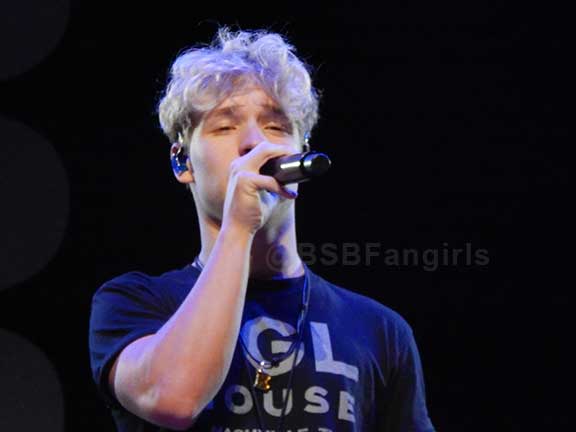 Comments Off on Baylee Littrell: Stepping out of @BackstreetBoys’ shadows

When you get Fangirl Q&A’s from Non-@BackstreetBoys fans »